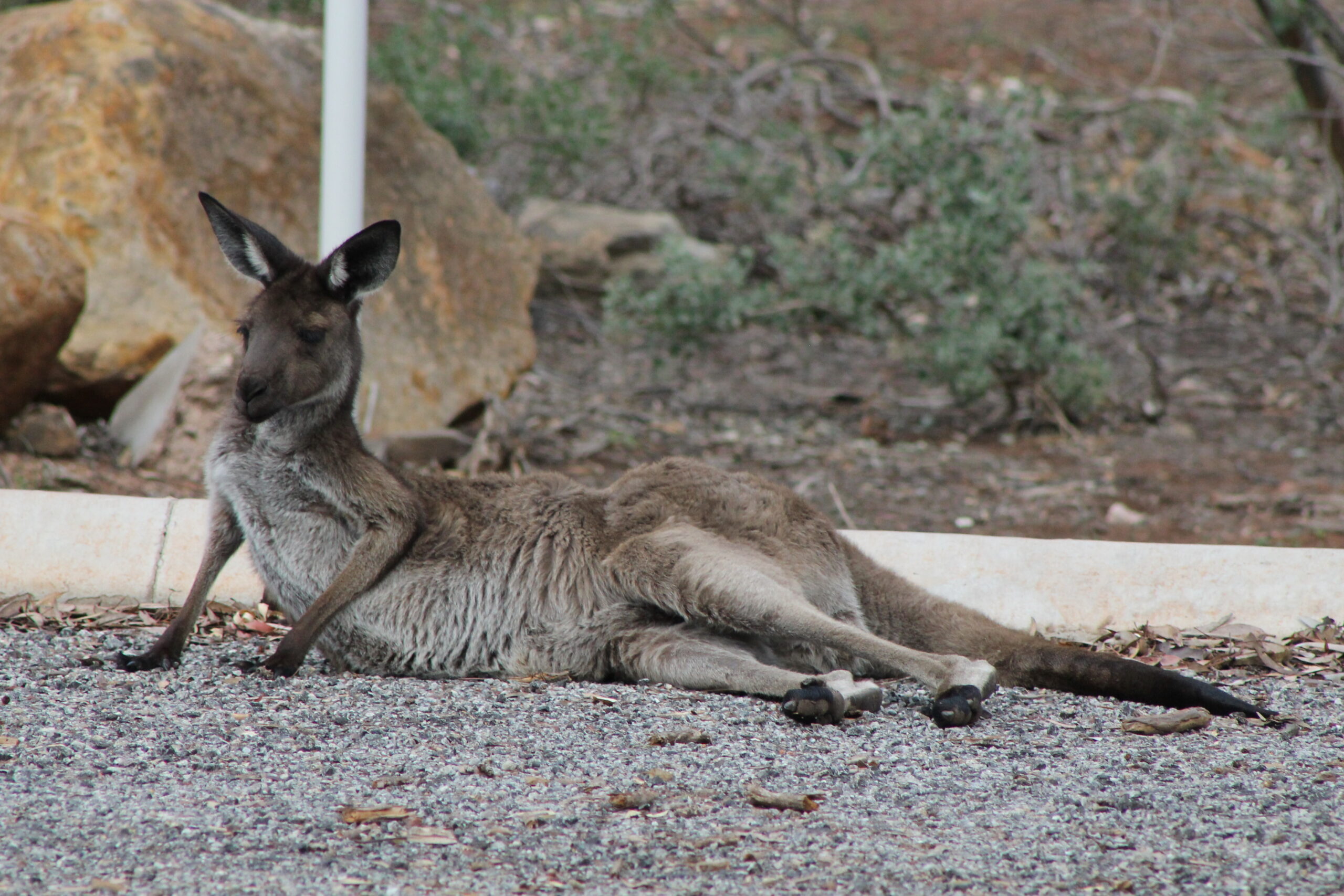 The following information can be downloaded as a PDF.

Shooters aren’t monitored or policed because they work in rural locations from dusk to dawn, even on weekends.

Hunters leave dead kangaroos on the ground, touching each other, causing cross-contamination, and the bodies to be covered in dirt and insects.

For transport, dead kangaroos are hung from the back of an open truck. As the truck travels through the night, dust, flies and faeces cover the dead bodies.

In summer, night-time temperatures are still between 25°C and 35°C. Kangaroo carcasses can hang on the back of open trucks, covered in flies, dust and faeces, up to 14 hours in temperatures of 25°C to 35°C.

The food poisoning bacteria that are a major concern with harvesting and initial chilling of wild animal carcasses grow between the temperatures of 7°C and 60°C.

Bacteria act like a time bomb. The bomb goes off if the carcasses carrying harmful bacteria are kept between 5 – 60°C for longer than 4 to 6 hours.

Federal laws allow shooters to hang dead kangaroos on the back of open-air trucks for up to 14 hours.

Federal laws allow dead kangaroos to be stored up to 14 days from the time of kill to processing (that is, processed product).

Contamination is anything on or in a meat product that shouldn’t be there. The 3 main types of contamination:

Examples of physical contamination include hanging dead kangaroos off the outside of the hunter’s open vehicle, overcrowding of dead bodies on the vehicle, and making incorrect cuts that allow faeces, urine, fur, dirt and dust to spill onto the meat or other dead kangaroos.

Chemical contamination can occur if kangaroos have been foraging in areas treated or contaminated by chemicals, such as sprayed farmland.

Given that bacteria can double their numbers every twenty minutes, it takes only 5 hours for one bacterium to reach sufficient numbers to cause carcass spoilage and possible food poisoning.

Shooters are supposed to monitor the movement of a kangaroo to look for signs of sickness. Yet, monitoring is impossible because shooting animals at night requires them to be transfixed by a spotlight. If a kangaroo is ill, the dark colouring of the meat hides any visual clues of infection.

Toxoplasmosis and Salmonellosis are two infections with public health significance related to the handling, processing and consumption of kangaroo meat. Toxoplasmosis can cause serious illness, brain damage and death.

Kangaroo meat contains high levels of L-carnitine, which causes the build-up of plaque in arteries responsible for heart attacks, strokes, and vascular disease.

Pets can also become sick from the bacteria and pathogens found in kangaroo meat. In addition, kangaroo pet meat is preserved with toxic sulphites. These sulphites cause Thiamine Deficiency in pets, which can be fatal.